One of the things that artists and photographers often struggle with when it comes to printing is aspect ratios. Aspect ratios are basically the ratio of the length of an image vs the height of an image. Different cameras use different aspect ratios which can often confuse things. The most popular is usually a 3 by 2 aspect ratio. Paper on the other hand is often listed in A sizes sheets such as A4, A3, A2 etc, but cameras on the other hand very rarely shoot these aspect rations without some form of cropping involved. 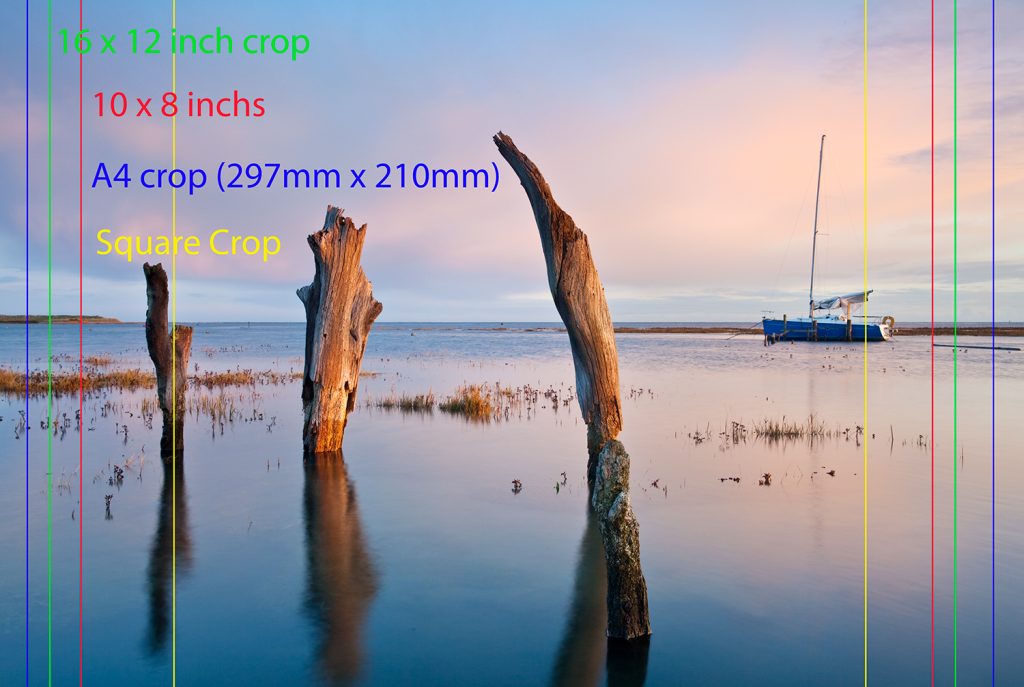 The above image has some examples of how the image could be cropped to make different aspect ratios. To make certain sizes the printer can’t just stretch the image as this would lead to distortion. The above image straight out of the camera is a 3 by 2 aspect ratio so would print at 12 x 8 inchs or 15 x 10 inchs etc without any cropping and any other 3 by 2 aspect ratio, to make the other sizes listed though, some cropping would need to be involved and these are displayed in the image. The crop lines are centered here, but theuy don’t have to be when cropping your images. Note the square crop, no matter where we move this too unfortunately either some of the boat or the left post would have to be lost.